Documenting the use of non-timber forest products in Cameroon

We conducted two ethnobotanical surveys in 2019 in four villages of Baka People in dense rainforests in south-eastern Cameroon to document the use of non-timber forest products (NTFPs) in general and wild edible plants (WEP) in particular.

Forest inhabitants worldwide, and indigenous people especially, have depended for generations on plants and animals harvested in these ecosystems. A number of Baka hunter-gatherer populations in south-eastern Cameroon became sedentarised in the 1950s, but still rely on hunting and gathering to meet their basic needs. The use of wild edible plants (WEP) by these communities remains largely undocumented. In this study, we record the diversity of WEP used by Baka people in dense rainforests in the Mintom region. The area still contains relatively undisturbed forest expanses, just south of the Dja Biosphere Reserve, one of the most important protected areas in the Congo Basin.

We conducted two ethnobotanical surveys in 2019 in four villages on the Mintom road. In the first survey, we interviewed a total of 73 individuals to determine WEP usage. In our second survey, we specifically quantified WEP harvested and consumed daily in a number of households over a 2-week period during the major rainy season, when use of forest products is highest. Specimens of all recorded plants were collected and identified at the National Herbarium of Cameroon.

We documented 88 plant species and 119 unique species/plant organ/recipes in 1519 different citations. A total of 61 genera and 43 families were noted. Excluding 14 unidentified wild yam species, 17 WEP species had not been reported in previous ethnobotanical surveys of the Baka. Our results showed that cultivated starchy plant foods make up a significant proportion of our study population’s daily nutritional intake.

A high diversity of WEP is consumed by the studied Baka communities. The study area is likely to be significant in terms of WEP diversity since 18 out of the 30 “key” non-timber forest products, NTFP, in Cameroon were mentioned. Documentation of the use of WEP by indigenous communities is vital to ensure the continuity of traditional knowledge and future food security. 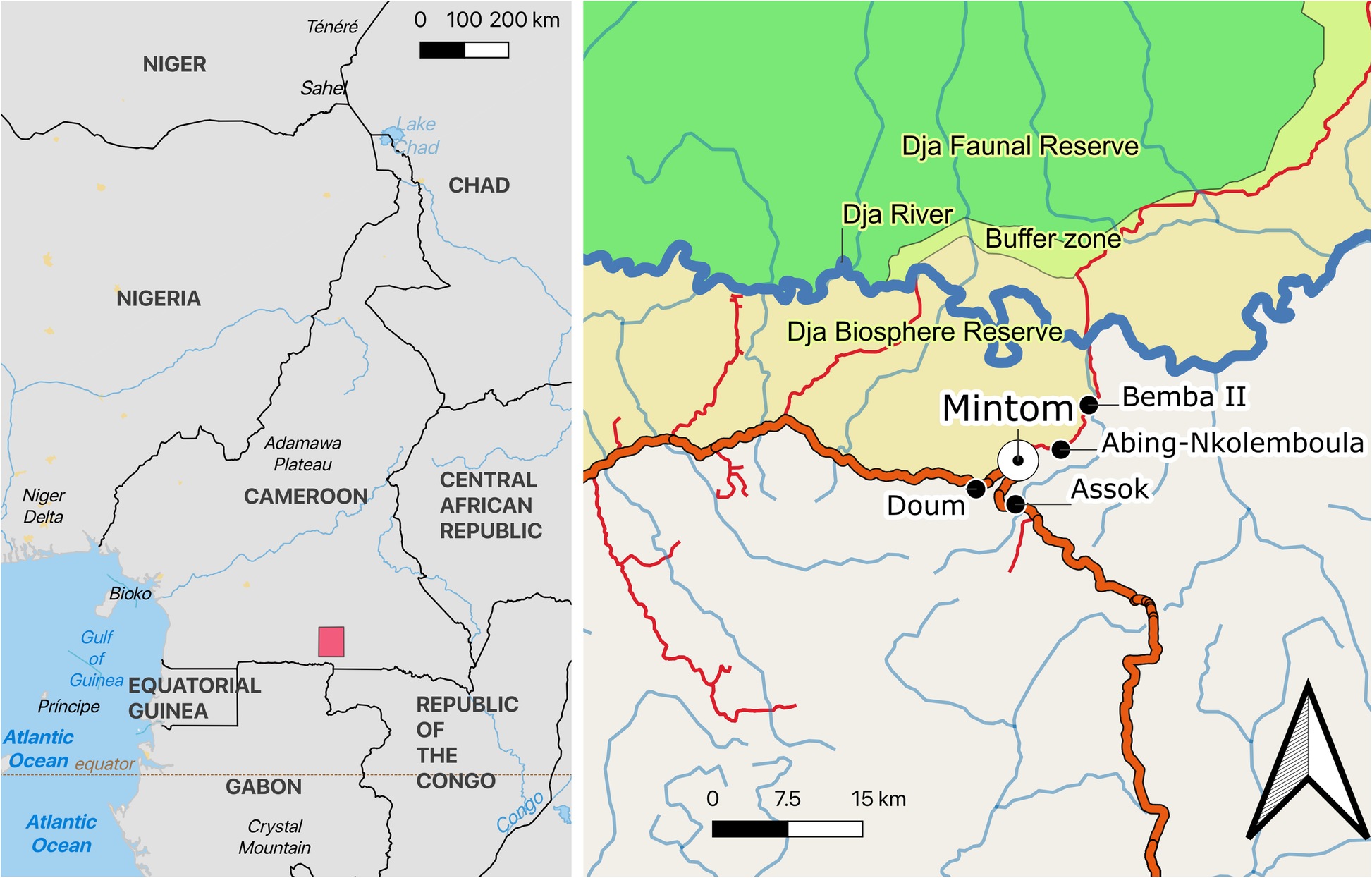